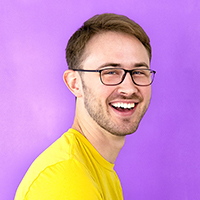 Mass renaming components can be useful when a designer is attempting to stay organized within a complex design system, or really anytime when a designer needs to organize a set of components into a group. It also, speeds up the hassle of having to go through and rename components one-by-one.

To mass rename components, select your group of components from the layers panel or from your artboard.

Now that they are selected, focus on your layers panel and right click your selected group of layers and click "rename". This will pull up a rename panel that will allow you to rename all of the components that you have selected. A shortcut for opening the rename menu is "command + R" while all component layers are selected.

Another useful option in the rename panel is the "Current name" button. If you are attempting to mass rename a large set of components to give them states, or want to organize a group of similar components this can come in handy.

Here's an example: When a designer wants to version out a large set of components and mark them as old this can be accomplished quickly by selecting the "Current name" button. This will appear in your rename field as $&. You can then add anything onto this and add to your component name. In this case, I'll add on $& / OLD

Lastly, if you happen to need to list components by ascending and descending numbers, that is possible as well.

There's a variety of ways to rename and organize your components more quickly using the rename shortcut. This is an effective way to quickly save time on small tedious tasks, and save time long-term by keeping your design system clean.