The End of the Game Console 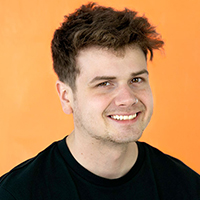 By the end of 2020, the ninth generation of gaming consoles will officially kick off with the launch of Sony and Microsoft’s flagship gaming systems: the Playstation 5 and Xbox Series X. While there’s a lot that we still don’t know about these consoles, there are a few certainties — namely, a frenzy of parents scouring sold-out retailers during the holiday and plenty of petty arguments online about which console can load individual blades of grass faster.

Interestingly enough, the two console-makers are in opposite positions from a decade ago. In 2010, midway through the lifecycle of the Xbox 360 and Playstation 3, Microsoft appeared to be unbeatable in both sales and critically acclaimed games. The PS3 was marred by an awkward architecture that was hard to develop for and ultimately led to a slower build of quality titles, while Xbox had adapted a chipset that was similar to what PC gamers use (and games are developed on).

The tables quickly flipped after the disastrous launch of the Xbox One in 2013, where public outcry led to Microsoft walking back several initial “features” of the console, such as an “always online” requirement and a heavy focus on live TV and DVR. Microsoft would eventually course correct, but the damage was done. Sony, parent of Playstation, captured momentum early with a controversy-free console that was $100 cheaper and never looked back. The PS4 has since shipped over 100 million consoles and 1 billion games, making it one of the best selling systems of all time. Microsoft, on the other hand, has not publicly released sales numbers for the Xbox One.‍

It’s not just the sales war that Sony’s winning, either. While the continually-changing UX design of the Xbox One has been continually derided as obtuse and confusing, the PS4 has adopted a simple interface that has remained largely the same for over a decade. So then, where do Sony and Microsoft go once the couch-locked method of AAA gaming becomes obsolete?

Industry pundits love predicting the death of the traditional console.  In the decade between the Xbox 360 and the Series X, nearly every other entertainment industry has been radically transformed by the arrival of content streaming with Netflix and Spotify being the most obvious offenders. Gaming, however, has avoided Streamageddon for the time being. This is mostly due to limitations behind the processing power and latency of streaming servers. But this is about to change soon — 5G is on the cusp of becoming the new wireless standard, unlocking fiber-internet speeds nearly everywhere with a cell tower.

This future of “games as a service” has been introduced by both Microsoft and Sony via subscription services such as Xbox Game Pass and Playstation Now. Google was the first to radically propose an “all-streaming” gaming service in 2019 with Google Stadia. The service allowed for up to 8K graphics and the ability to jump into a game instantly. There was no console required, only a controller and Chromecast, something already installed in millions of TVs. Unfortunately, Stadia became a flop at launch for several reasons. Most frustratingly, you had to buy games individually in addition to paying monthly for access to the service. 🙄🤦♀

In the past few years since the Xbox One Apology Tour, Microsoft has expanded the Xbox brand considerably beyond just its flagship console. Xbox Game Pass recently debuted on PC, and certain Xbox exclusives - such as 2015’s massively popular shooter Cuphead, have made their way to the Nintendo Switch as part of a surprising collaboration between the two gaming titans.

This pivot to Xbox games as a platform agnostic service rather than system sellers was recently cemented when Xbox Game Studio boss, Matt Booty, made the surprising announcement that the Xbox Series X will have no console exclusive games at launch. This is a major break from any previous console generations, such as blockbuster titles like Super Mario 64 or Halo launching alongside a new system.

On top of Game Pass, Xbox has also heavily invested in a Stadia-like streaming service of its own. Currently titled Project xCloud, the service allows you to stream Xbox games to Android and iOS devices. The technology is strikingly similar to Google’s, but will grow to feature a more robust catalog of Xbox classics, as well as a built-in user base of current Game Pass users.

This technology will play a crucial role for Microsoft’s next round of systems. While it hasn’t been officially announced, there’s heavy speculation that there will actually be two Xbox models launching this fall to take on the PS5 — the Series X and a more affordable model, rumored to be called the Series S. Splintering their launch into two products will further help Xbox establish their new brand as a service first, console second.

Sony is once again putting all their chips down on making the most hi-tech system possible, at an attractive price. They’re at an advantage in brand recognition after several years of incredible sales and blockbuster exclusives such as Bloodborne and God of War. While Sony has stated they’re fully committed to streaming for next-gen, their Playstation Now service is not at the level that Game Pass is with regards to available titles and overall branding.

Microsoft is positioning themselves for the long haul in the console wars.

One could say Microsoft lost this past generation with the Xbox One. However by focusing on the future rather than the short term, Microsoft is positioning themselves for the long haul in the console wars. Or Streaming Wars. Whatever they’ll be called in ten years.